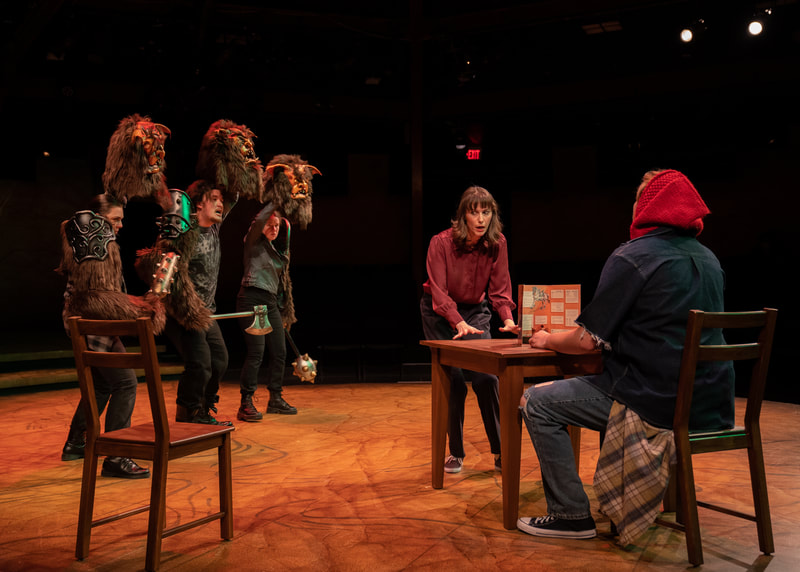 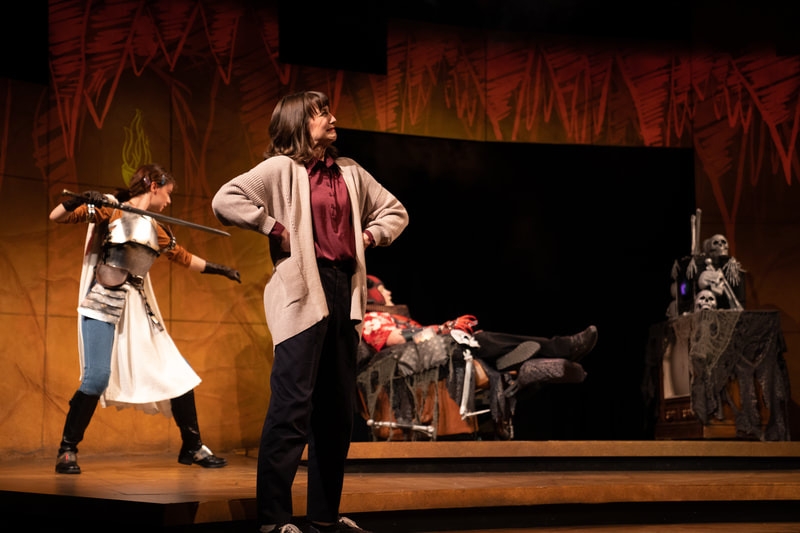 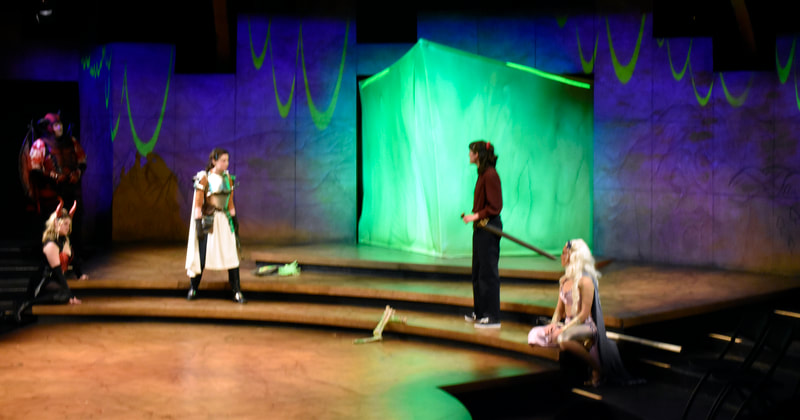 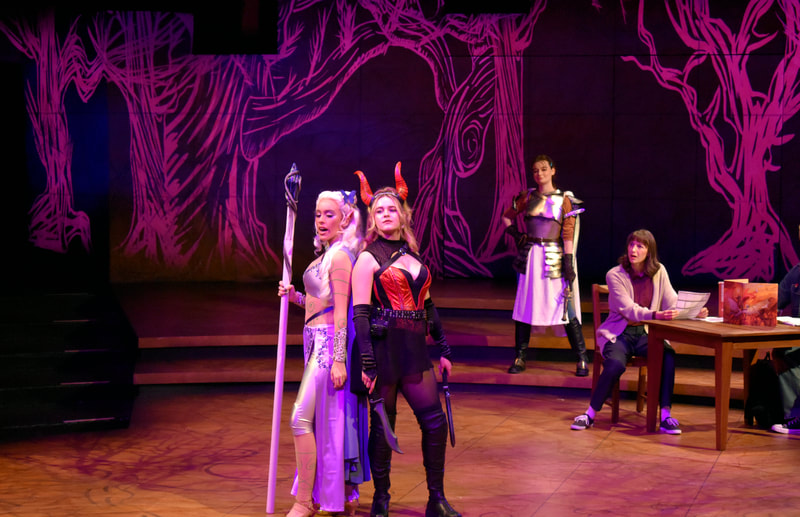 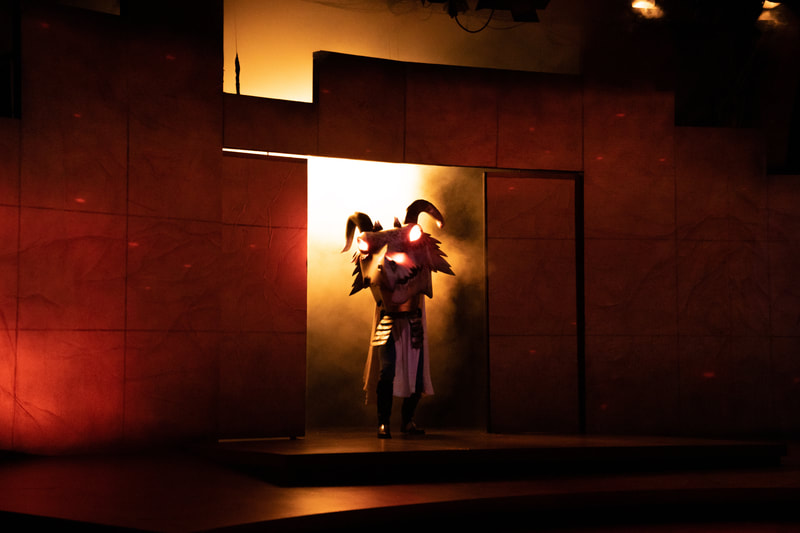 Photos by DJ Pike and Ella Marston
She Kills Monsters is an action-packed comedy; fighting through themes of teen angst, second chances, and accepting self-identity. Agnes lost her family due to a car accident and stumbled upon a D&D campaign created by her younger sister. She doesn’t have many memories of her sister, except she was a nerdy young girl, and they lived in two different worlds. To connect with her sister one last time, Agnes must enter her world of D&D. Through homicidal ferries, gelatinous boyfriends, and 90’s pop culture; we learn that Tilly used D&D as an outlet to express her true identity.
I wanted the audience to have permission to let go of reality and engage their inner geek, transplanting them into an immersive D&D map, inviting them literally into the world of the game. Like the game, this campaign is thrilling, frightening, unexpected, and at the same time, safe. This game is what ultimately leads Agnes to learn how to grieve for Tilly.
I embraced the circular notion of the space and included the audience, expanding the scenery up the aisles and behind their seats. As indicated, the set had similar elements to an old parchment map and was full of detailed topography in Tilly’s handwriting. The projections lifted these elements off the page and into the audience's lap. By bringing the audience literally into the world, it invited a visceral connection that allowed them to equally experience the grief and forgiveness that Agnes needed to find.
"Clearly, one of the sheer joys of this production is its masterful visual environment that serves both the real world and the fantasy one.
Creating the environment of the fantasy world was scenic designer DJ Pike who transformed the theatre-in-the-round into a contained thrust stage arrangement."
-Alan Sherrod - Arts Knoxville.  Article Link
Written by: Qui Nguyen